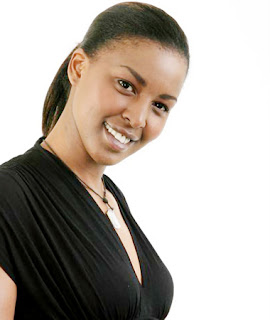 Remember Sheila Kwamboka of the Big Brother Africa fame? She is the charming personality involved in a steaming romance with Uti Nwachukwu, eventual winner of the TV reality show.

This time, the hot blooded Kenyan woman is not unleashing her charms on any man, instead the 23-year-old beauty is currently strutting her stuff in Nigeria , where she recently launched her new single Video Girl at the Sentila nightclub in Lekki, Lagos.
Who else would be her number one fan? Of course our dear old Uti was and he fully represented himself in the midst of an unbelievable number of guests and admirers.

It was clear that the months had not snatched her devoted friends and fans who had supported her during stay at the Big Brother house. Shiela at the launch came on stage and held everyone under her power in a stunning performance.

At the Big Brother 3 show, she had become the fourth evictee and was fondly remembered for her talkative attitude and entertaining personality. She is also a former Miss Tourism beauty queen in her home country Kenya.